In partnership with Propulsion Québec, CS Canada – who have been developing validation and certification processes and strategies for over 20 years – discuss functional safety in ADAS systems and autonomous vehicles with LeddarTech CTO, Pierre Olivier.

The story of smart, autonomous transportation began nearly half a century ago. In the early 1980s, avionics systems started to replace more traditional mechanical and hydraulic systems through calculators and embedded software. To tackle this challenge, different standards were created to guarantee the functional safety of these embedded systems, namely the DO-178 standard, which has been updated twice to address growing complexity in recent software.

Next, we’ve been witnessing a revolution in advanced driver assistance systems (ADAS) over the past decade at least. Various smart systems like steering assist, emergency braking, adaptive cruise control, and park assist have become more widely available and are now offered in mid-range cars. Here again, the arrival of these smart systems drove creation of the ISO-26262 standard to guarantee their functional safety. The majority of people who helped create this standard also worked on the DO-178 (version B) avionics standard, which shows how these two industries converge. 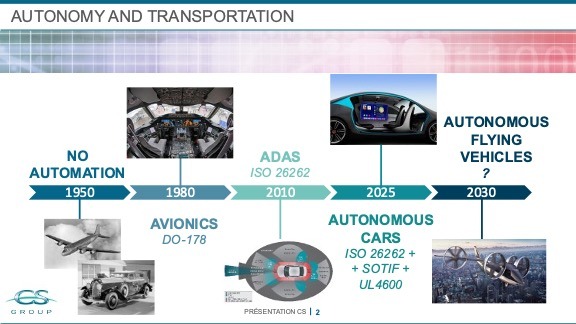 Capitalizing on ADAS systems, we’ve seen massive investments in autonomous driving systems in recent years, particularly in sensors, which will be key to commercializing autonomous vehicles.

To this end, Quebec-based LeddarTech develops unique sensors based on its patented technology, as well as components that parts manufacturers can use to integrate LeddarTech technology into LiDAR systems optimized for their clients’ various needs. The company is known for its LiDAR technology and has also expanded its product lines after acquiring Israeli company VayaVision in 2020 with perception and sensor fusion solutions that work with all detection modalities in autonomous vehicles.

In this article, their CTO, Pierre Olivier, shares some information that demonstrates the importance of LiDAR and AI in autonomous vehicle commercialization and functional safety.

Amine Smires, Director of New Programs & Innovation at CS Group Canada: Why does LiDAR improve road vehicle functional security? What benefits does it have over traditional sensors like cameras or radar?

Pierre Olivier: LiDAR helps on several levels. First, LiDAR provides direct depth measurement, which resolves some failures that happen with cameras, such as an image of a pedestrian on the back door of a semi-trailer that could be confused with a real person. When compared to radar, which provides depth measurements, LiDAR offers better resolution.

In addition, LiDAR offers better system robustness because its failure modes are different than those mentioned previously for other sensors. For example, radar has difficulty managing certain situations (especially inside a tunnel) that LiDAR manages correctly. In terms of functional security, this reduces “common-mode failures” and helps vehicles reach security goals.

Amine Smires: Which SAE J3061 levels of automation is LeddarTech involved in today? Are you planning to go up to Level 5?

Pierre Olivier: LeddarTech solutions cover all automation levels. Obviously, the Level 5 market is attractive in the long term. However, ADAS systems are currently being deployed more often and have challenges that are becoming more acute with changes to standards like GSR in Europe. LeddarTech solutions help solve these challenges.

Amine Smires: There are some markets in controlled environments like forestry, mining, construction, and shuttles where we already see Level 4 autonomous vehicles. How is LeddarTech involved in these verticals?

Pierre Olivier: LeddarTech actively pursues these markets. Without revealing all of our current projects, some recent announcements have covered our collaboration with Trimble, which targets off-road applications, with MILLA for shuttles, and with Westfield for autonomous road sweepers. 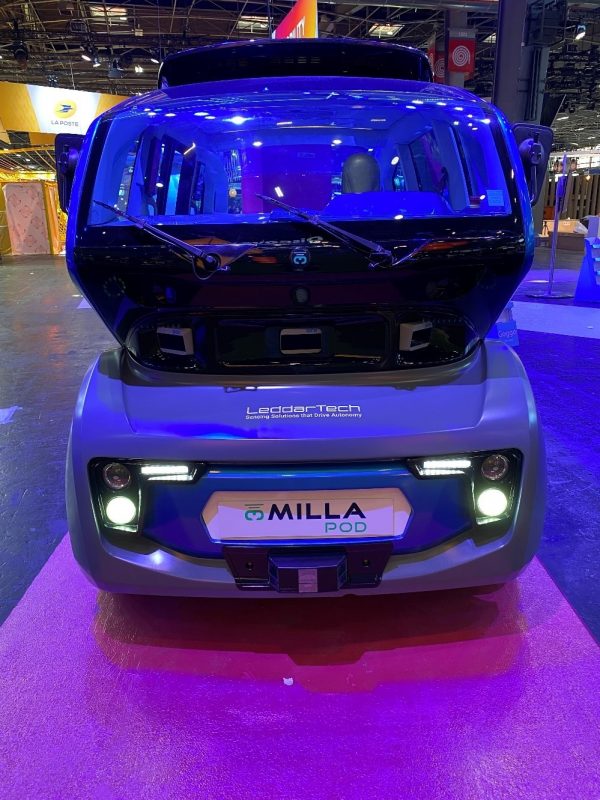 Amine Smires: What is the biggest with having LiDAR on safety-critical systems? Do you see the certification of artificial intelligence (IA) a difficult challenge to overcome?

Pierre Olivier: Artificial intelligence is indispensable because the application complexity and scenario diversity require it, not because LiDAR is being used. Today, all Level 3 and higher solutions use AI to classify obstacles, for example.

It’s important to explain the use of artificial intelligence. Obviously, the outcome of the training process mainly depends on the input data, so building training, validation, and test datasets must be an integral part of the development process. However, the inference process that occurs in the vehicle once the networks are trained is extremely predictable and repeatable. In simple terms, it’s like combinatorial logic and the same input data must always generate the same results. In short, training is what’s critical for final product safety and, once again, this is specific to the application, not the type of sensor used.

While the  commercialization of L3 systems is imminent and we anticipate more than two billion lines of code for a fully autonomous car (an airplane only has  less than 10 million), certifying this complex AI-equipped embedded software will be one of the keys to commercializing autonomous vehicles. Within the technological trajectory leading to L4/L5 systems, the technology has made tremendous progress for ADAS systems (L1/L2).

That’s why our mission at CS Group is to guarantee their safety through ISO 26262 and SOTIF standards. The expertise CS Group has developed on avionic systems is an asset that accelerates ADAS system certification.