Blog Post, February 3, 2021 – LeddarTech recently caught up with Yohan Dupuis, Head of Innovation, Research and Development at ESIGELEC to discuss how they are using the Leddar Pixell for advanced object and obstacle testing, and what are some of the key differences of using flash LiDARs compared to mechanical scanning LiDARs. 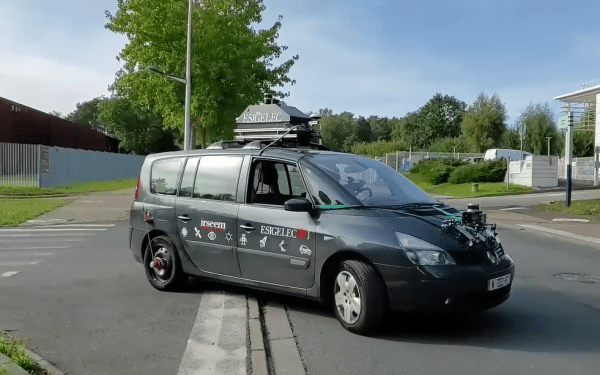 LeddarTech: Yohan, tell us a little about the projects that you and your team are currently involved in.

Yohan Dupuis: Our team has a great experience using LiDAR data for field applications such as robotics or autonomous vehicles. We have successfully designed several systems for major stakeholders in these industries.

LeddarTech: What differentiated the Leddar Pixell from other options that you were familiar with?

Yohan Dupuis: We must admit that looking at the Pixell datasheet was at first quite surprising. If we keep in mind scanning LiDAR key performance indicators, one may be disappointed as it outputs 96 points on each 8 layers, which is low compared to mechanical scanning LiDARs.

LeddarTech: What conclusions were you able to draw from your research findings regarding the Leddar Pixell?

Yohan Dupuis: The characteristics of the Leddar Pixell make it an excellent candidate for object and obstacle detection applications. Still, LeddarTech convinced us to carry out experiments in our field of expertise: localization. We have successfully designed a lightweight 6 DoF localization algorithm able to run in real time on mobile platforms such as patrolling robots or autonomous vehicles. Still, our algorithm used scanning LiDAR data, so we had to put a tremendous amount of engineering and algorithm rethinking to be able to process billions of points in real time in order to deliver localization information to the autonomous control function.

LeddarTech: How did you substantiate your findings?

Yohan Dupuis: Well, we took up the challenge to use the Pixell instead of a scanning LiDAR from a major supplier. To reach a fair comparison, we placed each LiDAR on top of each other in front of the car. We recorded the LiDAR data and ground truth data from our Septentrio GPS coupled with an FOG IMU from iXblue. Our tests were done in several environments: urban, residential area, and urban areas with high buildings.

When the results came out, we were really surprised. The localization algorithm gave the same exact performance with the Leddar Pixell and the scanning LiDAR we were using before. Our accuracy came up at 5 cm with major advantages for the Leddar Pixell in other aspects. First, the Leddar Pixell generated less data, which highly reduces the computing resources allocated to the localization task. It allows the computing hardware to provide more concurrent accesses for other tasks such as object recognition from the camera. Overall, it increases the accuracy of the sensing platform to enable more rugged navigation performances.

Also, the communication bandwidth used by the Leddar Pixell is considerably lower. This point is really important as the system may have several devices on the network. It is always challenging to have several scanning LiDARs on the same network as it requires a lot of bandwidth for each of them. You often end up losing horizontal angular sectors because your network is completely saturated. This directly translated into safety problems as scene objects may not be detected. Moreover, tracking algorithms may be affected if an object of interest is lost between two frames. Perception data integrity is crucial for many operating domains. You may also lose information from the other devices. In my mind, using several Leddar Pixells on the same system to cover the entire perimeter of a vehicle may be easier to integrate and safer. In fact, we don’t need to review the entire system architecture to allow more bandwidth on the network or add extra computing power to process extra LiDAR data. Your system architecture designed for scanning LiDARs should likely do a very good job at handling multiple Leddar Pixells.

LeddarTech: And what is your main takeaway?

Yohan Dupuis: To sum up, I would say that the Leddar Pixell solves several problems at once from both perception and application standpoints. We believe LeddarTech flash technology is a key technology that ADAS/AD and robotic automation engineers should be looking at for LiDAR-based perception tasks. 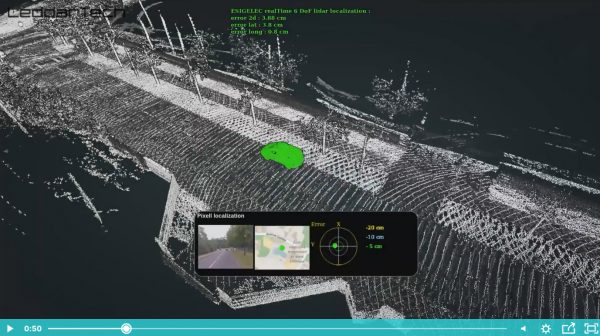 ESIGELEC provides training to general engineers and carries out research and innovation in the field of smart, connected systems ranging from automotive or aeronautical electronics to computer science, energy, robotics, and biomedical engineering. Its program is based on project-oriented education, enabling the development of a real personal and professional project. It is tightly focused on international, innovation, and entrepreneurial activities.

More information regarding the Leddar Pixell is accessible on the Product page.