How Driverless Vehicles are Impacting the Automotive and Urban Landscapes

Autonomous or ‘driverless’ vehicles are defined as being capable of guiding and driving themselves without any human input. The degree of automation can vary, from partial automation which requires manual oversight of the vehicle’s functions, to full automation where a human driver is unnecessary.1

While the possibilities of fleets of driverless cars gliding around cities to provide fast and accessible transport may sound appealing, there have been some safety concerns about the decision-processing and collision-detection of such vehicles following high-profile collisions, including one fatality in the US that resulted in the suspension of Uber’s self-driving car tests there.2

This article is the first of a three-part series that explores how the automotive and urban landscapes are changing due to the onset of driverless vehicles.

Busy cities and urban centers pose many challenges for driverless cars. Busier environments translate into an increase in potential hazards, be it other vehicles or pedestrians crossing roads where blind spots are plentiful. Hence the reason these environments are perfectly suited to the potential safety benefits provided by autonomous vehicles.

Autonomous vehicles can be connected to an ‘intelligent transport network‘ so that in addition to using collision detection to determine the location of objects, the vehicles within the network are directly connected and communicate with each other to further enhance safety while reducing congestion.

The greater the size of the network, the greater the benefits such as improved traffic flow, reduced commuting times and safer roadways.3 Greater urban populations lead to congested roads translating to increases in commute times. This leads to cars being left dormant in parking lots since they are, in many cases,  only serving a single commuter. This is both inefficient and expensive.

The promising results collected from early trials show that ‘automated city transport systems’ or driverless shuttles may greatly alleviate the economic burden of both the individual and the city itself. Studies suggest that widespread adoption of such schemes will become routine in urban centers within the next decade.4

At present, legislation identifies six different levels of automation for vehicles1 and the laws concerning the use of automated vehicles are being frequently reviewed and updated.5 In many places, the legality of fully driverless vehicles exists in a ‘grey zone’, as existing legislation has been designed around the assumption of the necessity of a human driver.6 However, the United Kingdom, for example, is currently preparing legislation with the intent to make automated cars available on public roads as soon as 2021.7 Singapore has already enacted laws making driverless vehicles legally roadworthy since 2017.

In addition to legislation, another important consideration for the widespread adoption of autonomous vehicles is the infrastructure of the city and roads. Many urban centers are struggling to cope with the demands of a growing population and transport within an existing infrastructure.4 Driverless vehicles have the potential to alleviate much of the strain on resources such as parking spaces while also changing the way that cities and road networks are designed. This makes it possible to reduce average stopping distances without compromising safety and can also greatly improve traffic flow.

The success and safety of driverless cars is entirely dependent on the ability to detect developing hazards, correctly identify and categorize the hazard, and make the correct ‘decisions’, which results in safe and appropriate actions.

The ability of a vehicle to operate without human interventions relies on a combination of sensing technologies, including RADAR, cameras, and LiDAR. Both LiDAR and RADAR uses pulses of electromagnetic waves that are reflected to sensors on the vehicle that can be used to build up a three-dimensional map of the vehicle’s surroundings. The transmitted and detected waves travel at the speed of light, allowing the vehicle to detect approaching objects, process the information and safely apply the brakes far faster than the human driver could. Such sensing can also be used to ensure a good lane position by looking at road markings, in conjunction with high-precision GPS.

While these technologies each have benefits, there are also deficiencies. For example, both RADAR and cameras suffer performance issues in certain conditions. Bright sunlight and strong reflections can also be problematic for visual cameras, while microwave-based RADAR can sometimes fail to detect stationary objects.8 One obvious consequence of this is when vehicles fail to detect certain objects, resulting in insufficient information to support their decision-making processing. This can potentially result in collisions.

LiDAR overcomes many of these issues and offers unrivaled measurement distance precision and can be easily incorporated into car components. While it has historically been more expensive than alternative sensor technologies, new developments such as solid-state LiDAR devices are helping to bring costs down. As LiDAR becomes more mainstream in autonomous vehicles, the costs will also become greatly reduced.

LiDAR will have a significant impact on improving spatial awareness and the automated capabilities of shuttles. The next chapter of this series will explore new and emerging applications of autonomous shuttles such as living compounds, school campuses, and airports. It will also explore some of the practicalities of these innovations and show how to prepare urban environments for the eventual change. 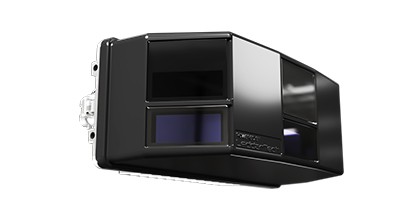 LeddarTech®, an industry leader in providing the most versatile and scalable auto and mobility LiDAR platform™ in the market. With 72 patents pending or granted,9 LeddarTech are at the forefront of driving a new age of safer, more reliable autonomous vehicles.

The latest innovation at the core of LeddarTech’s stack of versatile, scalable LiDAR technology solutions is the LeddarTM Pixell, a LiDAR sensing solution developed specifically for cocoon applications in automated vehicles. 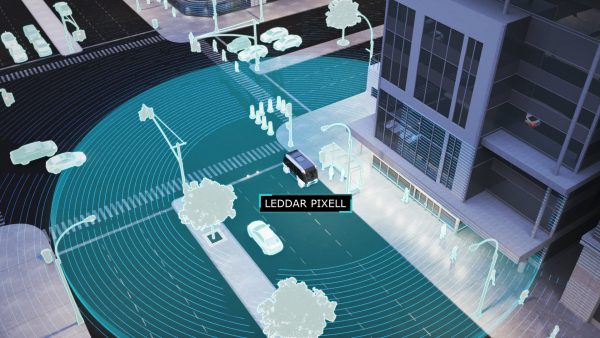 The Leddar Pixell will be launched officially on September 2019 but has already been adopted by major Autonomous companies in North America and Europe. With a 180-degree field of view and implementation of the LCA2 LeddarEngineTM, LeddarCore® SoCs and the LeddarSPTM digital signal processing software, the Leddar Pixell can provide detection information rapidly over a distance of up to 41m.

Pierre, Lefevre, Chief Technology Officer, COAST Autonomous said, “With the intent of providing the safest rides to our passengers, our selection of detection technologies takes into consideration the maturity of the partners we work with and their ability to consistently deliver on their promises. With more than a decade of experience building LiDAR sensors, LeddarTech is the perfect partner for us and has consistently shown it could exceed our expectations.”

The Pixell is a 100% solid-state LiDAR device with an IP67 rating utilizing LeddarTech’s latest SoC and LeddarSP. This gives it excellent robustness and a remarkably high MTBF (mean time between failures). The result is a reliable detection cocoon around the vehicle which compensates for blind spots generated by mechanical scanning LiDARs used for geo-positioning.

The road-ready Leddar Pixell LiDAR was developed for proximity, collision detection and avoidance, as well as navigation. Its rapid response times and robust construction make it ideal for improving the safety of autonomous vehicles in any environment.

Retour à Dernières nouvelles et couverture médiatique
Manage Cookie Consent
To provide the best experiences, we use technologies like cookies to store and/or access device information. Consenting to these technologies will allow us to process data such as browsing behavior or unique IDs on this site. Not consenting or withdrawing consent, may adversely affect certain features and functions.
Manage options Manage services Manage vendors Read more about these purposes
View preferences
{title} {title} {title}